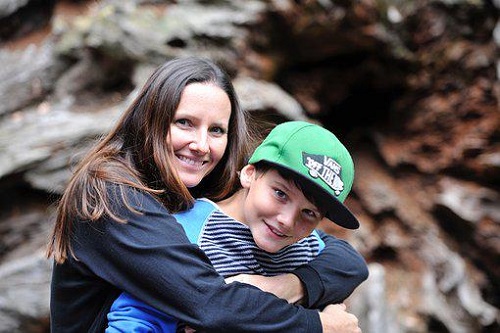 Everyone wishes to be a parent someday. Parenting is a demanding task. Anybody planning to start a family should be ready to go on that journey. Parenting is not a role left to mothers alone, as seen in most of our family institutions setups. It is the prerogative role of both the father and the mother. What would you do if you became a single teen parent then?

It is no secret that one can find oneself doing the parenting alone. It is worse when single parenting starts when the children are still young. If you become a single teen parent, you should hope for the best and make everything easy by dealing with several outlined issues.

The first thing to successfully parenting is to deal with stigmatization. Today’s society views a single parent as a symbol of a failed institute of marriage. The parent is considered weak to maintain relationships hence the broken family. As a single parent, you shouldn’t let stigma weigh you down; concentrate on taking care of your kids. Stigma creates shame and self-doubt because it doesn’t come from others but from within you. Dealing with stigma calls for joining a support group to avoid isolating yourself.

Focus on your positives as a parent and be aware of your attitudes and behavior. As a parent, your attitudes and behavior will affect your parenting styles towards your teens. Educate yourself on the type of stigma you are dealing with and know important facts that can help you. Include everyone who can help by speaking out; remaining mum only kills the spirit of sharing the problem.

The earlier you accept the responsibilities and challenges of single parenthood, the better. Challenges are part of parenting, whether you are single or with a partner. Such challenges may include difficulty instilling discipline to your teen, financial constraints, less quality time due to too many responsibilities, feelings of loneliness, behavioral problems, guilt, and overwhelming.

Form a close relationship with your teen

Having a close bond with your teen will make them experience a sense of pride even when they are having relationship difficulties with their peers. The bond will make it easy to find out whatever the teen is having trouble with and help out.

As a single parent, don’t shy away from socializing with friends. Have some time with friends. Find a way to keep you occupied, have a hobby, join a golf club, go for cooking classes, or do something. The future is bright, and you may open up new friendships. Join a weekend program to have you and the children go out and have fun without worrying about entertainment expenses.

The teen may have problems accepting new relationships formed by the parent.

A single parent would want to try out a new relationship. A teen in the house may never come to terms with seeing a new father or mother in the place. It will take time for the teen to welcome and adjust to the parent’s new partner. The teen shows tendencies of rebelliousness, anger, and denial. When dealing with the teen’s acceptable behavior, they can ultimately feel unsupported. As a parent, give time for closure before introducing a new parent to the teen’s life.

Financial challenges surround single parents because, initially, bills were paid by two incomes, and now it is a role being done by one. A single parent is the only breadwinner who struggles financially. Therefore, it is essential to have prior arrangements, cut down on expenses, and have less expenditure to fulfill financial needs in the home.

It is good to plan early as a single parent; knowing how to do parenting and employing the right parenting skills will help you play the parent roles without much struggle. For example, plan for your kids’ financial needs by doing some savings.

Studies have shown that children raised in a single-parent state tend to be aggressive and rebellious. It is essential to take the first step of showing them that discipline is the only guideline to the teen’s future.

It goes a long way to be there and support your child. Spending quality time with your child will help you watch every move made. Point out their attitudes and feelings of anger, depression, and aggression before going out of hand. However, as a parent, respect their opinions and be open to their explanations.

Communicating with the teen helps realize the challenges of the kid. Emphasize open communication that will help deal with the negative feelings of the teen about the situation and any family problem that arises. Constantly talking to them will help them form successful relationships since they have unresolved feelings of anger. A parent, who doesn’t do this, pushes the teen to spend time with their peers. While there, they may go on adventures and find alternatives to release their stress and engage in antisocial behaviors. They end up in risky behaviors such as substance abuse, sexual immorality, and crimes.

Deal with Emotional and Behavioural Challenges

Divorce or separation and widowhood are two main reasons that lead to single parenting. The happiness in the families has been taken away with the abnormalities of life, sadness, and pain in the children’s minds. It is essential to deal with your emotions before they affect your kids as a single parent. Behavioral challenges will lead to poor parenting skills. As a parent, when your child-rearing behavior changes to less affectionate, less supervision, and less able to control your teen’s development, you raise teens with delinquent behaviors.

Healthy teen parenting should be free from psychological, emotional, and physical sickness. Emotional disturbances would be difficult to consult and interact with your teen correctly. The teen may even develop antisocial behavior. Teens with single parents exhibit several problems such as temper tantrums, fighting, bullying, cheating, lying, and stealing. Most of these discipline problems are a result of poor parenting. Encourage the teen to join influential social groups to keep them busy. Being in a group shows a sense of belongingness and will help them encounter their life difficulties with bravery.

2 thoughts on “What Would You Do if You Became a Single Teen Parent?”