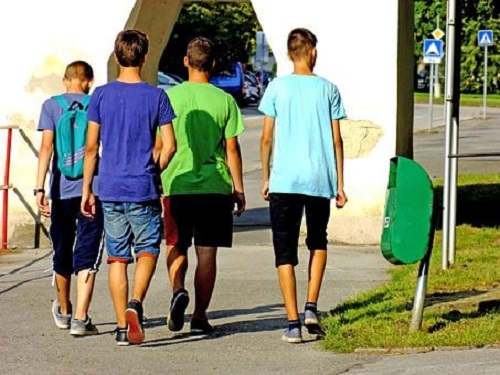 Ever wonder what it would be like being a teenage boy. Boys do have more behavioural problems than girls. It thus calls for different parenting practices. However, they undergo the same maturation phase as girls and have teen behaviour; you need not worry as a parent.

Typical Teen Boys Behavior that you need not worry.

Your young boy has a change in behaviour that is typically natural. The peers, environment, parenting style and education are some factors that influence their behaviour change. Such behaviour includes;

What should you do to help ease these early behavioural problems that boys encounter?

Ernest Dimnet said, “Children have to be educated, but they must also be left to educate themselves.” Ernest encourages us to educate our children, boys notwithstanding. However, he adds that we need to let them explore their paths to learning better. The good thing with boys is that they are creative and adapt faster to changes in their learning environments. Boys learn best from experiences.

Avoid shaming them in public.

The best way to correct a young teenager is to do it privately. That way, they won’t feel they did something awful. However, if you shame them in public, it lowers their self-esteem, and they will shy off or be afraid to try new things.

Dealing with the bully one

On average, boys are bullies compared to girls. Once you notice your teen is a bully, you need to take caution. Bullying has adverse effects both on the bully and those they bully. Your bullying boy may get hurt; others can decide to gang up against him to teach him a lesson.

When a teenage boy becomes a bully, the repeated behaviour becomes routine and, with time, develops delinquent behaviours. It would be challenging to control risky social behaviours once he forms gangs. In this digital world, where guns and other dangerous digital devices are easily accessible, a parent is bound for trouble.

The boys hate it when you keep telling them to do this, do that, come here, go there. As a parent, you are always tasking him and giving him no room for rest. That scares him away. The boy will dread staying near you because of the constant naggings.

Do not expect any perfection from them. Let the boys make mistakes and use them to show that learning never stops. Be it grooming, eating, keeping their room neat etc. Most boys are generally clumsy; teach enough of the neatness, and he will get organized as he ages. Once you push him too much, you start seeing rebelliousness because you are driving them into what they don’t like doing. Perfection isn’t realistic in this constantly changing masculine paradigm.

Make your home safe for him and his friends.

My 14year old boy prefers to stay the whole day indoors. I ask him to go to play out, he will go for 10 minutes, and he is back. When I asked him, he would say he prefers staying at home to playing in the neighbourhood. I figured out that the house was a better place for him.

If you do not let your kids wander off the house, have your home play-friendly for the boy and his friends. He, too, wants some space and time off with friends other than the daily house routine. The boys feel secure if the home is friendly, with no nagging mum, no hush father, and everything is good.

Teach him wisdom and responsibility

As a parent, you are grooming him into adulthood and not into a childish boy. The measure of his maturity will be the wisdom to be able to solve life’s issues. Too much babying of your teen is the cause of such upbringing.

Sex on his brain

Sexual maturation begins earlier, depending on genetic and environmental factors. Multiple studies indicate that boys reach sexual maturity earlier than ever before. Boys’ curiosity about sexuality awakens once they get sexual maturation. Letting them think about it is normal, but when it comes to actual sexual issues, be there as a guide.

Boys, too, need to be told when they err, and to be guided to avoid engaging in risky sexual behaviours. Their mode of communication and teaching sexuality is using digital devices. As an attentive parent, be alert when they start misusing the gadgets to enter prolific adult sites and view content that is way above them.

Mothers are always more emotionally and socially attached to their sons than their fathers. But boys and their dads have different emotional chemistry. The father-son bond experiences breakdown because the young teenager struggles to form his identity and often will clash with the father. Usually, the dad’s presence makes the boy cool and feels restrained from being that stubborn, adamant, and cheeky.

Love him when it gets tricky

They develop a sense of security and contentment. You are a reflection of who women are; when he sees you, he sees all women. When boys realize they are loved, it makes them secure and confident and can blend with their male counterparts.

Tips on dealing with boys’ attitudes

Teen boys have attitudes that, if left unchecked, end up destroying them. The moods can also affect their relationship with their parents and siblings. The best way to keep their attitudes in line is by;

Tips on disciplining your boy

Disciplining does not mean spanking, cursing and going ballistic on the teen boy. However, discipline is about listening and redirecting to avoid depression and keep the consequences of their actions reasonable.

A teenage boy’s world is full of adventures and experimentation. They become aware of their surroundings. They need a guiding hand of love and discipline to pull them through difficult phases. As a good parent, do not ignore their growth spurts. Be ready to give them advice and be the role models they deserve to have.

1 thought on “What Parenting Tips Do You Have Raising Teenage Boys?”