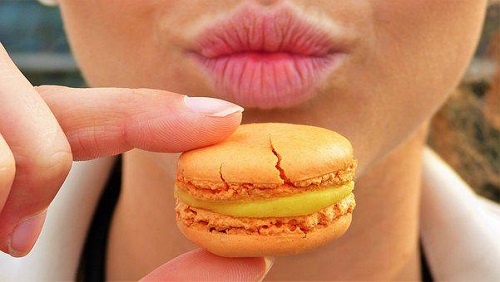 When I started the weaning process for my 6months old baby, things were a bit tricky. I thought he would end up a picky eater. I tried weaning porridge and he reluctantly took it. I tried nun and cow milk, but he would not oblige either. Then I thought this one is going to be a picky eater, I decided to try mashed food. He is doing well at that. After a while, I went back to giving porridge and I can assure you that he is doing well at it too. However, I do hope with little tips here, no picky eating anymore. So, what are the best tips for parents dealing with picky eaters?

It is frustrating when you cook and put food on the table and the kid turns out not to be interested in the food. You have to do a lot of persuading for them to eat, which eventually may not turn out as expected either. However, there are better ways for parents to deal with picky eaters.

What makes your teen a picky eater?

For your child to be a picky-eater there must have been a root cause for that behavior. Some of the common causes leading to picky eating include:

When you introduce solids and your infant does not like them, then that is an indication that they are picky eaters. Include lumpy foods such as rice cereal, pureed fruits, vegetables, and meat in the child’s diet. Introduce these solid foods at the 6-month mark of the baby.

A worried parent due to weight loss or malnutrition may be forced to pressurize the kid to eat. It is okay to get concerned about your kid’s welfare and health. Pressure to eat could be through, coercion, emotional blackmail, force-feeding, bribes, or the use of rules. These actions make kids develop a negative association with that particular food.

The child started being choosy when eating at an early stage. This behavior goes on into adolescence. Help your little one to start eating and enjoying everything right at the time of weaning.

What are the best tips for parents dealing with picky eaters?

Introduce food with advanced textures at an early stage.

As the baby continues to grow, they transition in food intake from purred foods to thicker mashed foods and finally to finger foods. Such foods include; mild sauce, ground meat in a broth, chicken soup, and soft-cooked meat.

This introduction should be a steady process and practiced with a lot of patience. The solids should be introduced one at a time. Foods with advanced textures can also be mixed with cereals. Introduce the food in small increments and only give it twice or thrice a day.

Make the mealtime environment pleasant by having pleasant talks. Avoid scolding if table manners are not accurately followed. Positive feeding environments and interactions motivate the picky eaters to keep eating and forget to note unpleasant food.

Do not pressurize to eat.

Try persuasiveness, if it does not work, then let go. The mistake most mothers do is to make promises to have the young ones eat. What if you don’t make it up to the child? Let the child learn how to eat without being pressurized or promised rewards if they eat or finish the food served to them.

Some mothers believe the child will eat the best while at play with the toys, phones, siblings, etc. However, the phones, toys, televisions, and small tasks the child engages in such as reading destruct the child’s appetite, and may end up not eating enough food.

Once you decide on your menu, do let your child take you back to the kitchen just because their favorite has not been brought to the table. Learn not to be that short-order cook.

Stick to your routine and make them understand the value of respecting and appreciating your cooking effort.

Talk to a paediatrician

Some children could be having an oral, motor, or sensory issue, which destruct their eating habits. Some of these conditions may prove to be destruction to a child’s dieting. It is best to talk to a pediatrician to give you the best remedy for such shortcomings.

Do you want food served beautifully to make it look appetizing? Fine no crime in doing that. When your child gets used that certain food should be cut or served in a certain manner only, they develop poor eating habits and become choosy.

Although different foods may have different portions according to their liking, it is good to give the right portions. Heaping food on a plate scares the appetite away. Always ask the kids when they are full. They all have different holding capacities in their tummies. Trust their tummies, trust their word. When they say it is enough, then don’t push further.

Children who eat a nutrient-dense diet grow well. Dietary intake is important for the protection of the body against diseases. A healthy diet is one that has less salt, sugars and industrially produced trans-fats. It should be a diet that protects your child from becoming overweight or undernourished. It is important to give out healthy diet and not what a child loves or picks on the shelf.